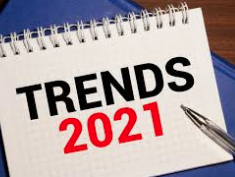 The real estate market in Costa Rica, pretty much everywhere, is booming!  It is real, and we have not seen it this busy since prior to 2008!

The market is in the process of changing from a buyer’s market to a seller’s market. Inventory of existing homes is very low!  Houses are selling really quick, and for close to asking price …. something we have not seen in the past 10+ years!

Economics 101 teaches us that when this happens, prices will go up… and they are!  They’re certainly NOT going down, for the foreseeable future.

Here are some potential reasons, that this is happening…

The following information is a direct quote from “Costa Rica Guy”. Interesting to ponder….

When the pandemic first broke out in March of 2020, none of us realtors knew what to expect. Costa Rica quickly closed its borders, by air, sea and land. The logical reaction to that move was, oh shit, 2008 all over again, probably worse…we had no idea how we were going to feed ourselves!

And, things were slow for a while. Then, mid-year, sales began happen and we began to gain momentum; and by the end of the year, the Costa Rica real estate boom was moving!

Why would there be Costa Rica real estate boom in the midst of a worldwide pandemic?

Well, I don’t think you can pin the Costa Rica real estate boom directly on the virus, since that little bugger doesn’t really care one way or another. But it did put in motion, or serve as the catalyst, or spark, for a number of societal changes that have made people more willing to move. And, for some of them that means to move all the way out of one’s country of birth to new and potentially more exciting environs.

And of course there’s also the phenomenon of folks moving from big cities to more rural areas, which has ignited a boom in U.S. and Canadian real estate markets. And for some of those more adventurous types, the tropical jungles, beaches and verdant mountains of Costa Rica represent a very enticing “rural” area to move to!

This COVID-19 inspired real estate boom in the U.S. and Canada is providing buyers with the cash to make their expat move to Costa Rica!

Perhaps the most salient of these societal changes, for purposes of explaining the Costa Rica real estate boom, is that of folks being able and willing to work remotely.

The virus has all but put an end to that time-worn daily commute to some steel, concrete and glass bunker that housed a workforce, who would slave away every day, elbow to elbow, or cubicle to cubicle.

Nope, these days working from home, with the help of an internet connection, is more the norm.

And as folks discovered this new way of working, a light bulb appeared over many noggins, which harbored the thought, hey, do I really have to stay in this tired old boring place? Perhaps I could move and work in another, more exciting and exotic, locale, like, say, Costa Rica, even!

We have historically seen most of the expats moving to Costa Rica be in or around retirement age. Those folks didn’t really need to earn an income in Costa Rica…

And we still have those types coming. In fact, for reasons that follow, they are coming in increasing numbers, as well…

But now there’s added to the mix, a younger crowd who are coming here to live and work, albeit remotely, often for some enterprise back home.

And, since Costa Rica only taxes income earned within its borders, there really is no “tax impediment” to making this career move!

That has expanded the demographic scope of our market and is helping to ignite the Costa Rica real estate boom.

The 2020 U.S. presidential election was definitely one that will live in infamy. And, the fact that it took place during the peak of a global pandemic just made it all the more, well, infamous.

Well, now it’s over, despite the fact that the loser and many of his followers remain convinced that it’s not. The aftermath of that political storm, which culminated in the January 6 U.S. capitol insurrection, remains as tumultuous as ever.

Even though the left can claim ultimate victory, there are still many of the liberal-leaning who have just had enough of it. And some of those are headed to Costa Rica, where they believe life might be a little less imbued with constant political conflict.

And of course many on the right are also moving to Costa Rica in order to escape the dawning of socialism in “America.”

So, no matter which end of the political spectrum a person might lie, that person has probably considered becoming an expat…

And, Costa Rica seems definitely to be one of the top choices for making one’s escape from the coming apocalypse.

Reason #4: Other Areas of Social and Cultural Unrest

It seems these days you can’t turn on the television or scroll through your newsfeed without becoming alarmed at the shape our world is in. There’s a whole lot of bad crap going on out there, no doubt about it…

Is Costa Rica any better?

Well, it ain’t perfect, but actually yea, I would say that it probably is better in many ways.

We don’t have much in the way of political conflict down here. Oh for sure there’s an occasional eruption, like what happened last year in response to the fiscal reforms flowing from a sizable IMF loan that the Alvarado administration was seeking. Usually political unrest in Costa Rica takes the form of road blockages, normally non-violent. Those will go on for a few days, or maybe a week, and then they peter out…

At least that’s been my experience over the last 20 years.

We also don’t have gun violence like that which plagues my birth country. I have never heard of a mass shooting in Costa Rica. Again, at least not over the 20 years that I’ve lived here.

We don’t really have a racial problem here. Now, I’m not saying that prejudice doesn’t exist in Costa Rica. It certainly does.

But by and large, people keep those views private. And you really don’t see such a glaring public disparity in the way folks of various races are treated down here.

Likewise, you don’t see such a cultural uproar about things like homosexual rights, gender neutrality, and other hot buttons that seem to have folks at each other’s throats in the U.S. and even Canada, to a lesser extent.

Here we like to say “Pura Vida“, which means many things, but one of those is a willingness to live and let live. We just don’t make a habit of getting into other people’s business down here.

But it seems to me that the above represents a pretty cogent summation of what’s driving so many “Northerners” to consider Costa Rica as their new home.

Let’s just hope that the influx doesn’t cause Costa Rica to begin exhibiting many of the traits those folks are fleeing!

P.S. Of course it’s also possible that COVID-19 did nothing more than accelerate trends that were already in motion before the world ever caught wind of the bug. Nevertheless, it is sort of fun speculating…”

Much of this article came from here: and was written by “Costa Rica Guy”.

If you wish to discuss how this affects you, with a licensed realtor, do not hesitate to contact us!

Questions on costa rica real estate? Send us a message.

View all posts by ajimenez